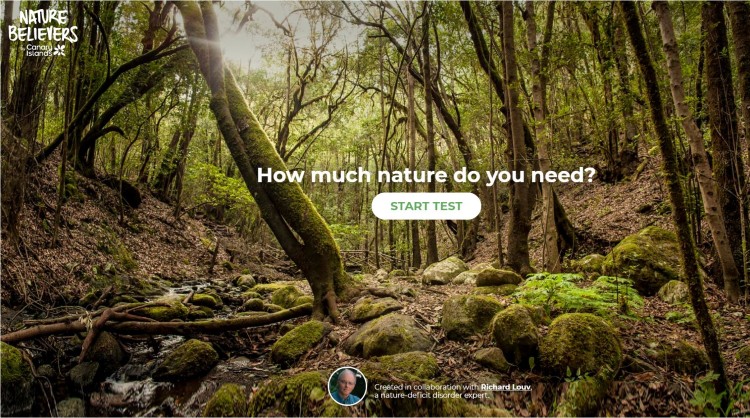 The first two months of the year are key to the reservation process of tourists, so now is the right time to impact on travellers by means of promotional campaigns and influence them in the choice of their holiday destination. This is one of the reasons why Turismo de Islas Canarias undertaken a range of campaigns in 16 countries over January and February, including the Spanish market. However, the special set of circumstances currently surrounding the tourism market -marked by events such as the closure of Thomas Cook, the restructuring of airlines with the resulting drop in airline connections, Brexit, plus the rise in competing destinations- has also made it necessary to intensify international tourist promotion from the start of the year.

There are a total of six international campaigns to be activated over this period, together with specific promotion of the archipelago’s cultural agenda, namely the Canary Music Festival, for both Spanish and foreign visitors to enjoy during their stay on the islands at this time.

The confluence of several different campaigns over a single period is a deliberate objective, given that each of them is planned in accordance with the profile of the client segment it is aimed at, their knowledge of the Canary Islands, as well as their interests and motivations. Mainly through digital media, this enables the efficiency of promotional investment to be optimised, as it offers each future tourist an insight into what might be of most interest to them regarding the islands.

Under the slogan of «No Buts», the Canary Islands tourist brand aims to defend its position as a leading winter sun and beach holiday destination against competing countries such as Turkey and Egypt, by placing the emphasis on the archipelago’s competitive advantages, such as its safety, health system, lifestyle, sustainability and diversity of landscapes. The campaign is to be developed exclusively on digital media in Germany, the United Kingdom, Norway, Sweden, Denmark, Ireland and Italy, on over 300 different platforms (travel, lifestyle, sports, weather forecast, health & fitness, gastronomy and main news channel portals).

For another year, the Islas Canarias brand will continue to head the movement to do away with the myth of the third Monday in January being the most depressing day of the year, through its campaign called #StopBlueMonday. Mainly hosted on social media, the message that this day doesn’t exist in the Canary Islands or anywhere else will hit the markets in Spain, the United Kingdom, Ireland, France, Italy, Germany, Holland, Belgium, Norway and Sweden on 20th January.

As part of its strategy to diversity its markets, Turismo de Islas Canarias is activating two campaigns during the first two months of the year. On the one hand, «Discover the Canary Islands» will be developed on the east coast of the United States, especially New York and Boston. The campaign, which will exceed 20 million impressions on the Internet, features Expedia, a strategic partner as it is the leading online travel agency in the United States, which alone has 27 million users every month. Also, the improvement in air connectivity with Hungary and the rising number of visitors from there, while still a long way from being significant figures, justify the opportunity in this new market which offers good future prospects to carry out a specific campaign on television to encourage summer bookings to the islands.

European tourists whose top motivation is to get up close to nature will be impacted with two promotional campaigns: «Nature Believers», which is expected to exceed 10 million impacts on social media; and «Alice in 7 Wonderlands».

The promotion of the islands’ cultural choices, which provide an added attraction and quality to their tourist offer, will come in the form of «Experience more, every day», the communication platform aimed at cultural tourism.  The purpose of the campaign, which on this occasion focuses on the dissemmination of the Canary Music Festival programme, is to alert both foreign and domestic music fans who are spending their holidays on the islands in January and February.

15 European countries and the United States

The countries to which the six campaigns are aimed are Germany, Belgium, France, Holland, Ireland, Italy, Norway, the United Kingdom, Sweden, Austria, Denmark, Finland, Switzerland, Hungary and the United States, as well as the national market except the Canaries.

As has been common in the promotion of the Canary Islands, digital media will be the top protagonists of all the different planned campaigns, including adverts on smart TVs except in the case of Hungary, where they will be done on conventional television.

3.3 million euros will be invested in these promotional campaigns, reflecting an increase in investment compared to 2019 for the first two months of the year. On the one hand, this investment comes from their own funds, 85% co-financed by the European Regional Development Fund (FEDER); and on the other, with funds derived from the agreement signed with the Ministery of Tourism to offset the effects of the closure of Thomas Cook.