Home » Latest News » “Whatever happens, friends will be friends” is the message that the Canary Islands are taking to WTM

“Whatever happens, friends will be friends” is the message that the Canary Islands are taking to WTM 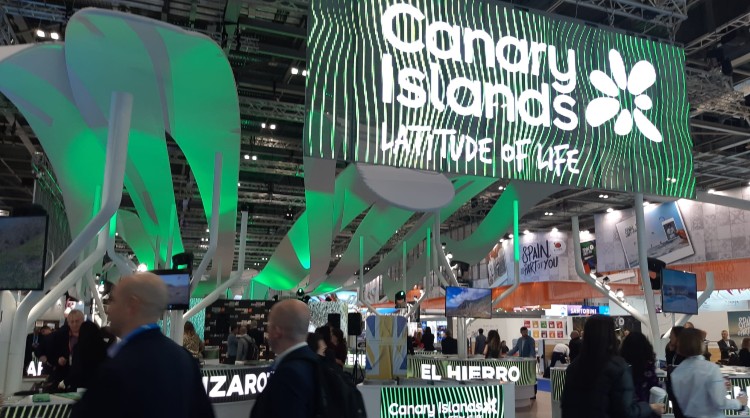 “Whatever happens, friends will be friends” is the message the Canary Islands are taking to the 40th annual World Travel Market (WTM) in London, the aim of which is to underline the historical ties between the United Kingdom and the islands, as well as to highlight the outstanding position the archipelago offers as a tourist destination for our main market.

The current tourist climate, undermined by the recent collapse of British tour operator Thomas Cook and the latest extension granted to Brexit, have make it necessary to come up with a campaign which, as well as being developed as part of this worldwide event, will be carried out over November and December on digital media, reminding the British with a nod and a wink that we have always been their favourite holiday destination. Despite all the uncertainties, the the islands continue to be among the top holiday-making priorities of the British, a fact confirmed by the tourist figures the Canary Islands are expecting to close 2019 with, nearly five million tourists from the UK who have come to the islands over this last year.

WTM, which opened its doors yesterday, Monday 4th November, without doubt provides a wonderful opportunity for the Canaries to continue to be present in the holiday plans of Europeans, and in particular, the British. This worldwide tourism fair will bring to London around 2,300 different tourist destinations until it ends on 6th November, with 9,000 exhibitors and 90,000 people expecting to attend.

350 professionals from the archipelago in an attractive 800 m2 pavilion

Over 350 professionals from all the Canary Islands will be using the pavilion provided by Promotur Turismo de Canarias for this important event, an exhibition stand covering some 800 m2, which has been co-financed by the European Regional Development Fund (FEDER). The pavilion be the stage for the many profession meetings expected to be held with British and world tourist industry representatives, as part of an intense work agenda.

With the aim of promoting the values of the Canary Islands brand, a range of specific audiovisual contents have been created, inviting prospects to contemplate images and sounds that surround the whole stand, representing the holiday islands in a wholly attractive light, by modulating and adapting the speed of the images with a range of different colourful ambiences and lighting effects. In this way, the stand area has been set up as and added space for promoting the archipelago, a communication zone supported by innovative elements such as a large raised floor in the shape of a wave, 18 robotic flashlights providing the lighting effects to reflect the colours of the ocean, vegetation, and volcanic lands, including aerial plans which are countered with detailed images, providing novel viewpoints all around.

In addition, the area provided for the general public comprises information counters, an area for serving natural juices, another for the sampling of typical products, a large, 14 m2 screen and a professional meeting area with a capacity for 120 people. There is also an area of box rooms set aside for 32 companies, 7 offices measuring 9 m2 each one dedicated to each island, a press office, cloakroom and additional meeting rooms.

The stand’s equipment is reusable and adaptable to other exhibitions. From the planning stage for the different elements designers took into account the reusing of nearly all their components, while a plan was also made to recycle any waste materials. In fact, they have obtained environmental certificates demanded by European regulations. An example of this are elements that come from wood, which carry a label certifying that eco-sustainable and recycled materials have been used during their transformation, and in no cases have natural woods or woods from exotic trees been used.

As for the treatment of surface finishes, such as paint and varnish, only products with approved European labels have been applied. The signposting of the pavilion has also been kept to a minimum, through the use of reusable LED screens which serve as supports for signposting different areas. Where printing has been unavoidable, technological dyes of vegetable origins and eco-solvents have been used.

The same has been done with the technology used in electronic and lighting equipment, as they have gone for lower electrical consumption with LED lights, achieving greater luminosity with fewer watts. In this way, comparing this year’s Canary exhibition stand with the one put together in 2015, they have managed to reduce energy consumption by some 100,000 watts, even though they have used 130 % more audiovisual and lighting materials.

The stand includes an ecological waste area for depositing rubbish, featuring bins for different materials so they can be subsequently recycled. As for the sampling of food and drink, including the juices, they are all served in recyclable materials.