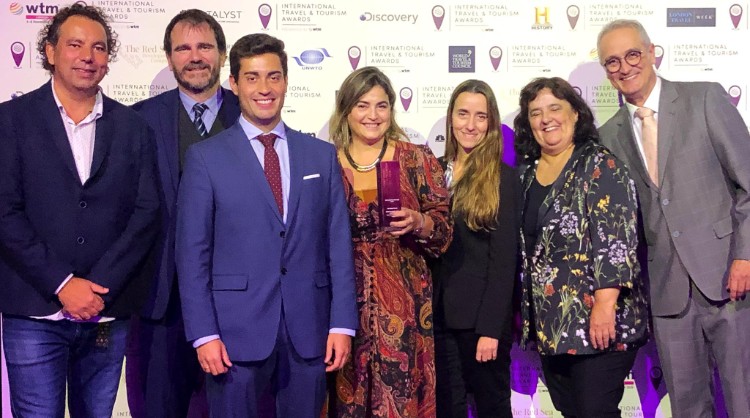 The Canary Islands tourist brand has yet again been recognised at the International Travel & Tourism Awards (ITTA), awards promoted by the World Travel Market (WTM), with the support of the Tourism World Organisation, to recognise the best tourist marketing campaigns from cities and countries all over the world. Once more, the messages from the Canary Islands brand, using innovating formats, drew the attention of potential clients, and were rewarded by the international marketing industry, placing the brand at the head of the sector.

This time around, it was the “Not Winter Games” that won Silver for “Best Regional Destination Campaign”, done by Promotur Turismo de Canarias at the latest edition of the Winter Olympic Games, aiming to make the most of the exposure given to this international sports event to promote the islands during the winter months. In doing so, they managed to show that the weather on the islands is one of the differentiating advantages, which makes them stand out even more at an event that holds competitions on ice and snow.

The “Not Winter Games”

The #NotWinter Games included the usual“not winter games” content, along with “sport” activities that can be held on the islands even during the winter, like sunbathing, jumping off a springboard, playing with rackets on the sand, swimming, sailing, sandcastle competitions… Right when everyone was talking about the Winter Games, the Canary Islands showed their limitless possibilities of things to do outdoors.

In just under two weeks, the campaign, 85% co-funded by the European Regional Development Fund (FEDER), reached more than 100 million hits in 12 European countries through digital media and social networks, as well as external supports with giant screens installed in strategic spots in three European cities: London, Berlin and Oslo. It was with those screens that a 6.6 million people audience rate was reached.

This Silver award is one more of the awards received throughout this year, after the past edition of the ITTA, where they were awarded two Gold awards for “Best Digital Campaign” and “Best RRPP Campaign”, a special mention for “Best Regional Destination Campaign” and a recognition fo “Best Stand for Business”.