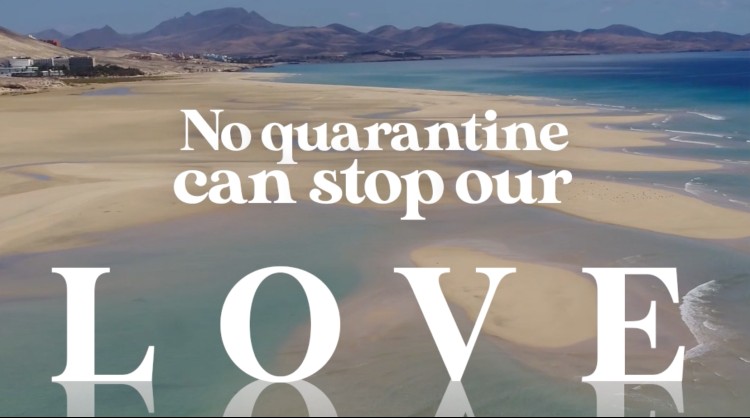 Although negotiations are ongoing between governments to reverse the decision taken by the British Government to also impose quarantine on travellers returning home from the Canary Islands, work is also ongoing at Turismo de Islas Canarias to cushion the impact of this measure as much as possible. To this end, a tactical and contextual campaign has been launched, the aim of which is to strengthen the position of the islands as a favourite holiday destination for millions of British tourists, by means of a direct message and with an emotionally-charged and optimistic focus: “No quarantine can overcome the love that millions of Britons have for the islands. We are merely postponing our next date”.

Therefore, in the face of the impact and the consequences on the demand for travel to the Canaries, the decision has been taken to focus on a continuity strategy in communication with the British market, in which once again an appeal is made to the islands’ close proximity and the ties that bind us together, so that the islands will continue to be in the minds of the British, and especially those who have had to cancel their holidays or who are waiting on their booking.

Images of sun and beach with an emotional message

Under the slogan “No quarantine can stop our love (it can only postpone our date)”, since Friday, July 31, content has been published on Facebook and Instagram containing images of sun and beach, one of the main motivations of the target audience, accompanied by an emotional message that makes allusion to the mutual sentiment and ties between the two sets of islands.

The ultimate aim, therefore, is to remain in the minds of those tourists who were forced to postpone their winter bookings, and to reiterate that fact we are still here so that their desire to return to the Canaries for their holidays is still ongoing and is still feasible once the British Government have lifted restrictions. The islands are a safe destination, and are ready to return to normal, as they meet all health protocols that have even been endorsed by the World Tourism Organisation (WTO).

The number one source market for the Canary Islands

The United Kingdom is the number one source market for the Canary Islands, with 4,939,404 tourists visiting in 2019, reflecting a 32.7 % share of total travellers coming to the islands, an influx that, in terms of turnover, translated into 4,760 million euros.

With respect to this year, and having come through the period of lockdown due to COVID-19, the middle of July saw the British market make a slow recovery, before being cut short on July 26 by the decision on the part of the British Government to place all travellers to Spain under quarantine on their return home.

* This campaign is 85% co-financed by the European Regional Development Fund (ERDF).