Home » Latest News » The Canary Islands attend the BIT fair in Italy, a key market due to its huge growth potential for the islands

The Canary Islands attend the BIT fair in Italy, a key market due to its huge growth potential for the islands 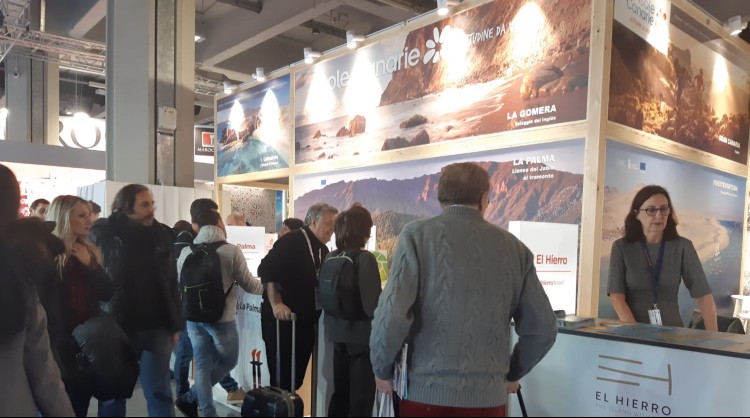 The Canary Islands brand is attending this year’s Borsa Internazionale del Turismo of Italy, BIT 2020, an important date on the tourism industry calendar, which is being held from 9th to 11th february, which attracts some 43,000 visitors. The islands welcomed 455,383 tourists from Italy in 2019, making it a key market for the archipelago due to its high growth potential.

To this end, great efforts have gone into strengthening air connectivity with this country, which currently has direct routes with airline companies Ryanair, Neos, EasyJet and Air Italy, joining the airports of Lanzarote, Fuerteventura, Gran Canaria and Tenerife Sur with the cities of Milan, Bologna, Rome, Naples, Pisa, Venice and Verona.

Therefore, BIT in Milan is the best stage to showcase the attractions of the Canary Islands to this market, with a pavilion that is 85 % co-financed by the European Regional Development Fund (ERDF) and which will be representing all the islands.

The choice to come to this fair also responds to the fact its location, Lombardy, is one of the wealthiest regions in Italy, with a GDP per capita well above the European Union average. Cities in this region include Milan —the country’s economic and financial capital where a high percentage of the country’s high earners is concentrated —, and Turin and Genoa, two industrial powerhouses.

Italy is a key market in the strategy of diversification and competitive focus on the part of the Canary Island brand. With an annual turnover of 449 million euros, this market is characterised by its high contribution in visitor numbers and business volume, as well as being a huge source market for tourists with a high spending capacity (1,015 euros per trip).

The Italian market highlight high levels of repeat visitors coming to the Canaries, as 51 % have been to the islands on previous occasions. The average age of Italian tourists is 44 years, 46 % of whom come with their partners and 14.6 % of whom come with their children. The time they stay is above average (10 days) and curiously, 64.8 % of them spend between 7 to 12 hours away from the establishment they are staying at, compared to 46.5 % of tourists from other countries. They also travel more than other tourists around the island off their own backs (61.3 % compared to 46.5 %), they try more Canarian cuisine (30.7 % compared to 25.4 %) and, as a result, they spend less time around the hotel swimming pool (43.4 % compared to 58.9 %). For this reason, it is no surprise that 45.9 % book accommodation only compared to 28.8 % of tourists from other markets.