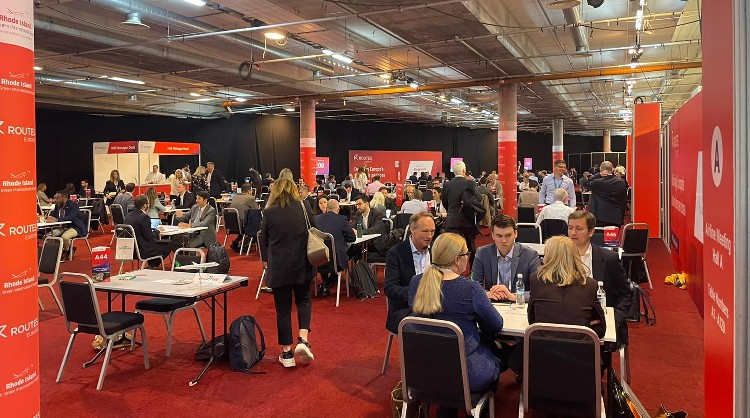 We took part in the international connectivity forum Routes Europe 2022, where representatives from the world’s leading airlines and airports meet to present their flight planning. For three days we had the opportunity to confirm that aviation has its sights set on the Canary Islands once again and all airlines have good expectations in their forecasts for the region.

The forum, held this year in Bergen (Norway) from 18 to 20 May, is a chance for destinations to make themselves known among airlines so they can be considered in future sales of air capacity.

Our intensive round of almost 30 meetings with representatives from airlines and airports ensured that the Canary Islands remain in their planning, and also helped to define the situation of future connectivity and trends. The Canary Islands were confirmed as one of the most vibrant tourism destinations, showing a rise in air capacity over pre-Covid times.

The intensive round of meetings between representatives from the Canary Islands and airlines and airports at Routes Europe 2022 has helped to ensure the region maintains its place in their planning.

We confirmed the airlines’ good forecasts for the Canary Islands, where growth in the winter season was 7% higher than the last winter pre-Covid. For this summer airlines have announced an increase of as much as 11%, and ahead of winter, growth is already 15% higher than in 2019.

In April the Canary Islands were the first Spanish region to recover 100% of its connectivity, ahead of other destinations in the country. In international traffic, arrivals were just 0.2% down on the same month in 2019, a clear indication of the burgeoning tourism expected for 2022.

Airline schedules to the Canary Islands for this winter are 15% higher than in 2019.

In view of these good figures, the challenge is to ensure sustainability of passenger air transport. A steady feature at Routes 2022 was the sector’s concern about handling the changing panorama and managing the immense task aviation faces with regard to decarbonisation.

At this year’s Routes Europe we aimed to establish new routes and open up connectivity with the east coast of the United States, both for direct flights and stopovers. To achieve this, we had meetings with American Airlines, and also met with other operators to discuss potential flights that include stopovers in Iceland or Azores with companies that already fly to Gran Canaria and Tenerife (Play and Azores Airlines, respectively) and have daily connections to cities in the eastern United States.

At Routes Europe 2022, Turismo de Islas Canarias focused on establishing new routes and opening up connectivity with the east coast of the United States.