Canary Islands attends the most important tourism fair in Bavaria 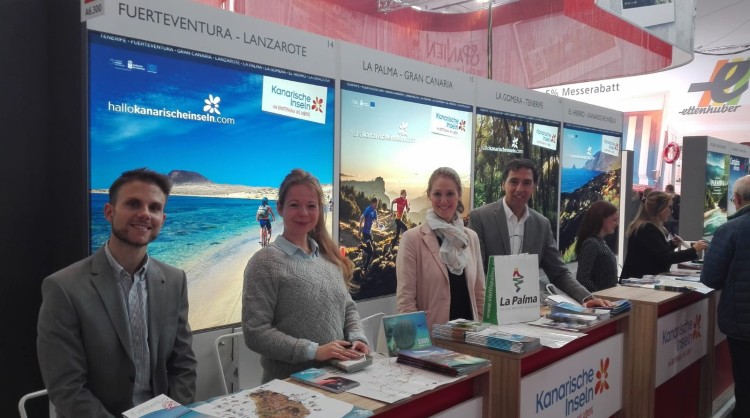 Turismo de Islas Canarias continues to forge ahead as it strengthens its presence in the German market, with its attendance at the F.R.E.E. fair being of vital importance for it to promote the offer on the islands. This tourism fair, which is held in Munich from 19th to 23rd February, is the most important of its kind in Bavaria, the region which in 2019 contributed 12.7 % of all tourists visiting from Germany and which is home to cities such as Munich, Nuremberg and Augsburg, together making up the country’s highest rate of GDP.

Likewise, spending by visitors from Bavaria last year reached 375 million euros, while spending per tourist per holiday stood at €1,237, beating the average of €1,196 of other markets.

German workers, alongside the Danish, are the Europeans to enjoy the highest amount of paid holidays, some 40 days a year, and holiday travel is high on the list of their consumption priorities, exceeded only by food (data from Eurofound). 75 % of them travel at least once a year.

In addition, Munich airport boasts a wide range of direct airline connections with five of the Canary Islands. For instance, the regular airline capacity programmed for summer 2020, taking a typical week in the month of July, showss that the Canaries has 29 weekly flights with Munich. Specifically, Lanzarote has three flights, Fuerteventura has eight, Gran Canaria has nine, Tenerife Sur has eight and La Palma has one. The airlines covering these routes are Condor Flugdienst, TUIfly, Norwegian, Eurowings and Lufthansa.

Although communication activities on the part of the Canary Islands brand is mostly carried out through digital channels 365 days a year, its participation in this type of fairs enables it to strengthen its brand image, as well as the image of each island that makes up the stand hoping to entice over 140,000 visitors expected to attend, as it is a fair that is aimed directly at the general public. The site to be occupied by the Canary Island brand will be located in the Turespaña pavilion, and is 85 % co-financed by the European Regional Development Fund.

This event in Munich attracts potential visitors who are seeking information on where to go for their next holidays. The archipelago is generally well known by this market and visitors show great interest in activities such as golf, cruises, active tourism and natural surroundings.

The Germans plan ahead for their trips more than any other nation according to figures from 2018, which reveal that 34.6 % book their holiday between three and six months prior to departure. 30 % arrive looking to explore the destination, a figure which exceeds other nationalities whose the average stands at 18.5 %. They also choose the Canary Islands for the sea, this being the reason for 60.1 % travelling here, while the market average as a whole stands at 43.3 %. 54 % of visitors come with their partners, 7 out of 10 are repeat visitors and their average age is 47.