Home » Latest News » “The office with the best climate in the world wants remote worker” achieves 31.5 million impacts in media and social media

“The office with the best climate in the world wants remote worker” achieves 31.5 million impacts in media and social media 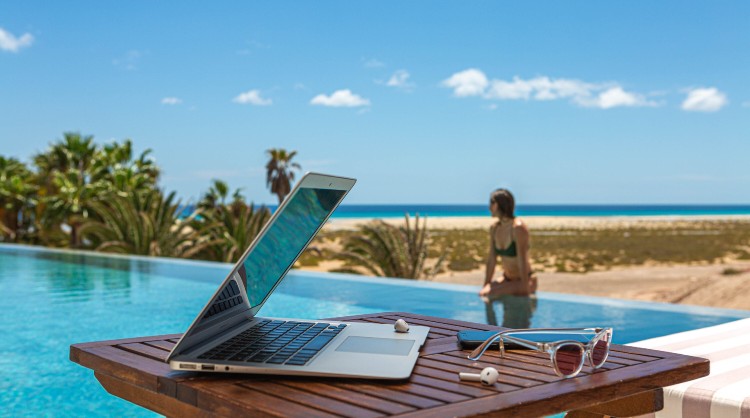 Aiming to boost the number of remote workers coming to the Canary Islands through a competition to give a European nomad the chance to work on their project from “the office with the best climate in the world”, the initiative achieved an advertising return of more than one million euros. The winner of the action is Dóra Varga, a professional living in Germany who’s earned the prize of a six-month stay in the Islands.

Our promotional action “The office with the best climate in the world wants remote worker”, launched in May, has had more than 31.5 million advertising and news impacts in the media and on social media, with an advertising return of more than one million euros and 931,969 interactions in Facebook, Instagram, Twitter and LinkedIn.

The winner of “The office with the best climate in the world wants remote worker” will spend six months in the Canary Islands working on her project.

The winner of the campaign is Dóra Varga, a remote working fashion designer and writer resident in Germany. The prize is a six-month stay, from September 2021 to February 2022, on one or more islands, including the flight, accommodation in a co-living space and three afterwork or weekend activities. The winner will spend at least 30 hours collaborating in advertising, giving a first-hand account of the advantages of the destination as a remote working space and generating brand content relevant to this sector for publication in the media.

According to leading platform Nomad List, the Canary Islands have earned a place in the top ten destinations for the presence of remote workers.

Since we set up our action plan targeting this sector, the Canary Islands have become consolidated as a leading destination for European remote workers, earning a place among the world’s 10 fastest growing destinations. Last month’s figures from Nomad List, the leading platform for the sector, indicate that the region boosted the presence of remote workers by 67% in the first half of this year, placing the Canary Islands in the top ten.

* This action is 85% co-financed by the European Regional Development Fund (ERDF).